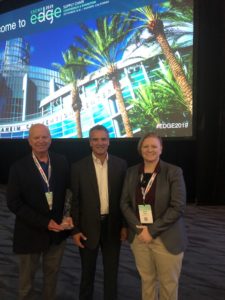 PENDLETON, SC – FastFetch, a technology development company located in Pendleton, SC, and Snap-on, a leading supplier of hand and power tools, diagnostic software, and shop equipment headquartered in Kenosha, WI, were jointly recognized as winners of the 2019 Supply Chain Innovation of the Year Award.  The award is presented annually by the Council of Supply Chain Management Professionals (CSCMP) and SupplyChainBrain, and the winning team was revealed in Anaheim, CA at EDGE 2019, an international supply chain conference and exposition. 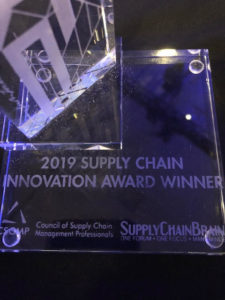 The recognition is based upon FastFetch’s artificial intelligence (AI) strategy used to slash shipping costs at Snap-on Tools’ distribution center in Crystal Lake, IL.  FastFetch’s solution uses AI to quickly determine right-sized cartons for packing individual assortments of items of different sizes and shapes.  The system then identifies the correct carton from an inventory of pre-made cartons maintained near packing stations so that human packers can quickly select right-sized cartons as soon as they are needed.  Using right-sized cartons typically cuts wasted space in shipping cartons by 30% or more, thereby significantly reducing shipping costs.  FastFetch is marketing its AI strategy for right-sized packaging under the name “IntelliPack.”

Dr. Jack Peck, Co-Founder and President of FastFetch, and Katie Neau, engineering coordinator at Snap-on Tools’ Crystal Lake, IL distribution center, presented a paper at EDGE 2019 describing the technology and how it enabled Snap-on Tools to slash shipping costs, packing labor, dunnage, and corrugated materials usage.  “Our customers are excited about IntelliPack because it enables them to be more competitive in today’s eCommerce world,” said Peck.  “Shipping excessive air is expensive, and IntelliPack makes it easy for companies to ship less air using right-sized packages.”

“Winning the 2019 Supply Chain Innovation of the Year Award is a testament to the creativity and dedication of the FastFetch team,” said Peck.  “We are delighted that our technologies are enhancing productivity and reducing costs for many of the top companies across the US.”

According to Garry Harper, VP for Sales and Marketing at FastFetch, “The upsurge in online shopping in recent years has resulted in significant growth in the number of packages that must be shipped.  Since all major small parcel carriers now base shipping charges on both size and weight of packages being shipped, companies are eager to use right-sized packages to reduce shipping costs.”

As explained by Harper, “IntelliPack is a complete solution encompassing carton storage, carton selection, and replenishment of consumed cartons.   And, with a typical return-on-investment period of only a few months, right-sized packaging is now within the reach of even smaller companies.”

FastFetch’s AI application for right-sized packaging was originally created as part of FastFetch’s order-fulfillment product line to enable order pickers to choose the best carton for shipping customer orders.  However, with the advent of dimensional weight charges now used by all major parcel carriers, it became important for suppliers to employ right-sized packaging regardless of their strategy for picking orders.  “IntelliPack is a direct response to the switch to dimensional weight pricing by the carriers,” says Peck.

As explained by Peck, who led the project team that created IntelliPack, “Modern dimensioning systems can quickly determine the size of the individual items that are to be shipped.  Given the dimensions of the items to be shipped, FastFetch’s solution uses a clever AI technique—much like game-playing algorithms that can determine a good move in checkers or chess—to explore possible item placements and orientations and arrive at an optimal-sized shipping carton.”

According to Peck, “The primary challenge faced by the project team was finding ways to speed the execution time. With several items to ship, the number of combinations of possible placements and orientations can be huge, and exploration of all possible combinations is practically impossible. It is therefore necessary to use heuristics to avoid exploration of the entire search space.  As a result, FastFetch’s AI strategy used for IntelliPack executes in less than a second for most practical applications.” 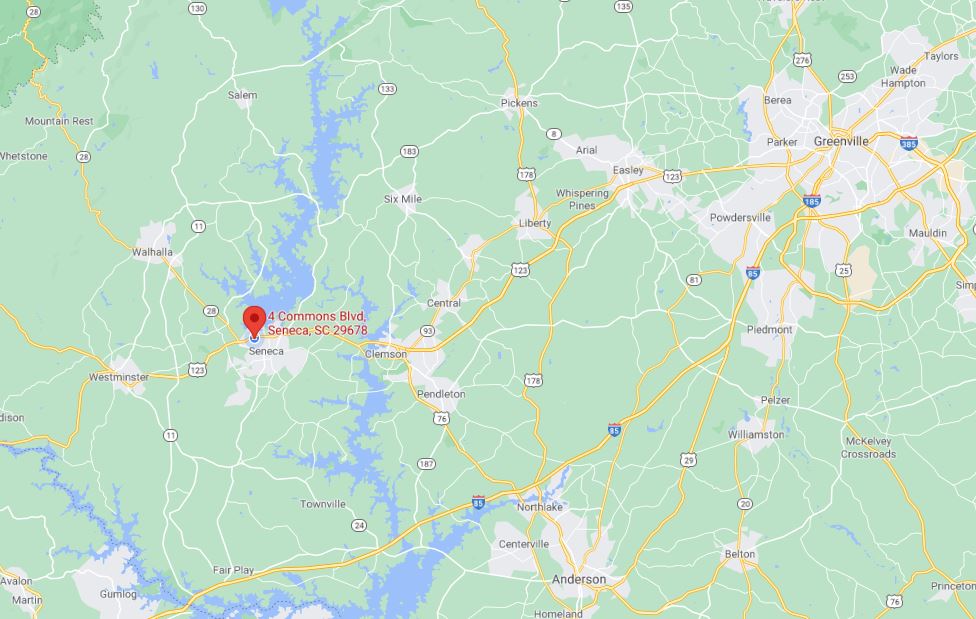